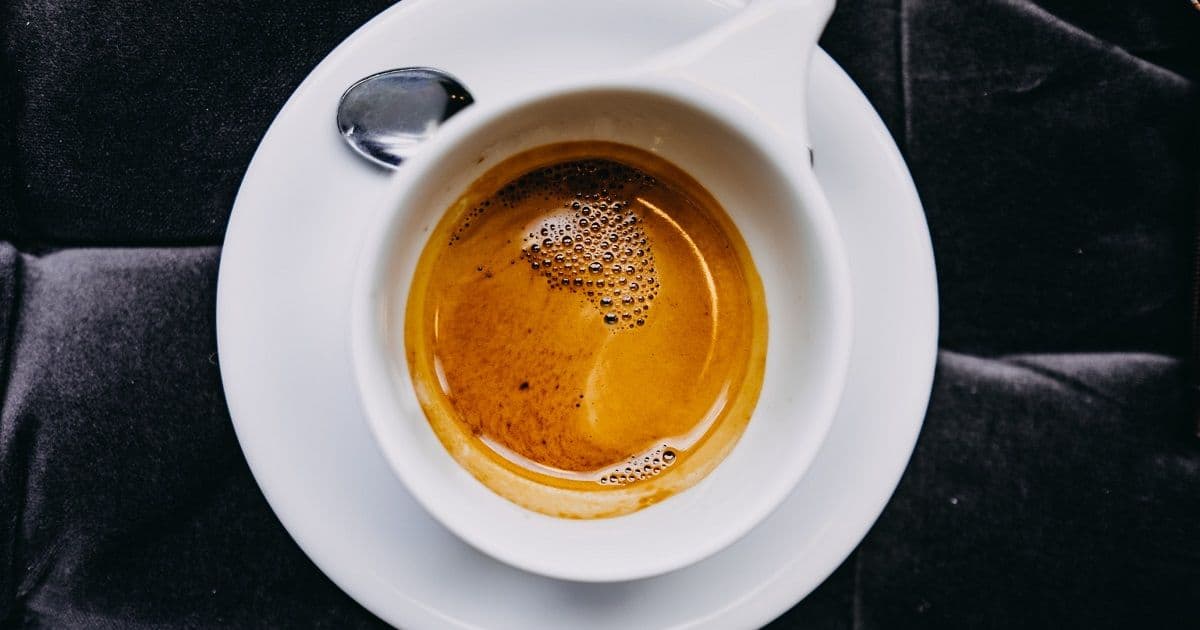 Even after 15 years since our first espresso extraction, we are still excited to see crema forming in our shots.

After all, it has always been said that the presence of the aromatic crema indicates the perfection of a good espresso shot.

Today, lets find out more about crema and its relationship with good coffee taste.

If you are a budding home barista or just simply unfamiliar with coffee jargons, crema is actually a thin layer of woody-brown froth produced during an espresso extraction.

When freshly roasted, coffee beans emit carbon dioxide. This is known as the degassing stage of roasted coffee beans which lasts 24 to 72 hours after roasting.

When hot water is forced through fresh ground coffee under pressure such as the espresso machine, it blends with the carbon dioxide and natural oil found in the fresh ground coffee, creating the foamy layer of emulsion known as the crema.

The crema usually lasts for a minute or two as the emulsion breaks down into each individual components.

There are several factors that contribute to creation of crema.

Coffee beans that has lesser water content such as Central and South American countries are often naturally dried or semi-washed during production. Due to its lesser water content, beans will have slightly higher sugar and fat content that contributes to a thicker crema texture. Beans from wet climates such as South East Asia are often wet processed and thus have a slightly thinner crema froth.

As mentioned earlier, crema is the blend between water, oil and carbon dioxide. Coffee beans that has a roast date more than 2 weeks often has too little carbon dioxide for crema creation. While we want fresh roasted coffee beans, too much carbon dioxide during extraction affects the flavor of the coffee. Hence, the sweet spot should be around 48 to 72 hours after roast.

Like our Page to receive notifications on interesting articles such as this.

The type of roast stage for coffee beans (roasting time of the coffee beans) also affect the production of crema. Darker roasts usually has less bean oil within the bean as most of the oil has been ousted on the surface of the bean which will be lost easily. Lesser coffee oil will mean lesser crema produced.

There is a reason why cafes would use espresso pump machines to pull their espresso shots. Espresso pump machines with pressurized portafilters have much greater pressure that helps to accentuates the crema formulation. On the other hand, automatic coffee machines will often produce crema-looking foams without complete emulsion of carbon dioxide and bean oil.

So, is Crema the Golden Benchmark for Good Espresso?

On the other hand, you can also pull an espresso with gorgeous looking crema but tastes painfully sour due to heavy contents of carbon dioxide in coffee beans which has yet to be degassed.

Simply to say, it is too one-dimensional to use crema as a benchmark for a good cup of espresso. Instead of focusing on crema as the only benchmark, we think it is better to focus on how to make a good cup of coffee.

Before you buy the best coffee beans in Singapore, perhaps it is far more important for you to understand which taste profile do you prefer in your coffee.

We hope you learn a little more on crema today. Is there something we have missed out or you like to know more? Be sure to share with us in the comment section below.